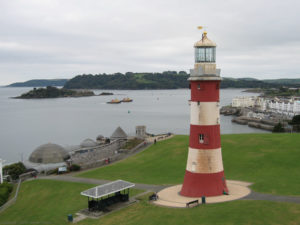 We are suffering from withdrawal symptoms here!  Right now, Martin and Andrew should be teaching in what would have been the 37th Cell Physiology Workshop at Plymouth, but like so much else this year, it has run foul of a certain virus that is currently doing the rounds.  Some advanced mathematics based on this number confirms that the course has, until now, run every year since 1984, but we all realised pretty early on during the outbreak that it just couldn’t go ahead this year.

This course has always been particularly close to our hearts at Cairn.  Martin our founder and Chairman gave an invited talk at that very first course, while he was still working at those now long-defunct Shell labs, and from which he finally escaped in 1989.  At the time, there seemed to be no better way to celebrate his new-found freedom by offering to come and give it again, which resulted in an offer from (our continuing!) course organiser David Ogden to stay for a few days and help teach on that 1989 course.

In the event he came along for the next three years as well, after which he naturally wondered whether he might be outstaying his welcome, but nobody seemed to mind, so in 1993 he upped his game a little by bringing Jeremy Graham (now our CEO but then only recently joined) with him.  And who should be a student on that course but Martyn Reynolds?  James Kerin, now our marketing director, accompanied Martin in 1994, and in 1995 our then newly joined electronics engineer Andrew Hill came along for what turned out to be merely the first time.

Martin and Andrew have come along together every year since then, and sometimes bringing another Cairn person along as well for good measure!  Andrew is a regular teacher on the workshop’s electronics course, and also an essential part of getting our fluorescence system up and running for the experimental part of the operation.  Martin helps to run the system, and still gives “that lecture”, although naturally its content has needed to be substantially updated over the years!

So Plymouth has been very much part of Cairn’s lifestyle, and has already featured in a number of Martin’s blogs, and especially this one in 2013 to mark the course’s 30th anniversary   It has become an essential part of many other teachers’ lifestyle too, so in recent days there has been a rueful exchange of emails between us as to where we would all rather be right now.  There’s a great sense of camaraderie between us all, which has been a major reason for the course’s longevity, and, we trust, for the resumption of normal service in 2021.  But meanwhile we at least have a link to the Plymouth lab’s webcam, to remind us all of what we’re missing!