We suspect that most of us have, from time to time, had to endure the wrath of people whom we may have managed to upset, however inadvertently that may have been.  But as Martin has just discovered, this can also apply to products, as he has just been taken very strongly to task by our 32mm filter cube!  How, it asks as it angrily storms into Martin’s office, can Cairn go around boasting about their new 32mm filter wheel and their new 32mm diaphragm, whereas this truly wonderful cube has been around for several years and yet doesn’t seem to have been promoted at all?   Ouch!!!  It was, as our Dutch friends would say, “woedend” (or wütend if you prefer the German equivalent), which has always struck Martin as being much more expressive than any English equivalent for being more than just slightly upset!

Hmm, on reflection it does have rather a point, but on the other hand there are mitigating circumstances, which a nevertheless very contrite Martin has been doing his best to explain, and will also now try to do here.  However, and this point has to be more strictly kept between ourselves, there is, sadly, a significant element of jealousy to deal with!  The 32mm cube is the bigger brother of our standard 25mm filter cube, which has been around for years, and which we churn out by the hundred as it fits into so many of our products.  Compared with that, up to now the 32mm cube has (so far!) had relatively little opportunity to be used, so its sales have been correspondingly restricted. 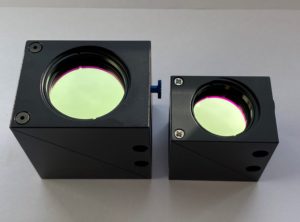 But apart from the all-important element of size, the two cubes are actually very similar, as the side-by side photos show.  The 32mm cube is somewhat bigger of course, with body dimensions 0f 50x50x40mm instead of 40x40x30mm, but it’s nevertheless still pretty compact.  And it is also similarly endowed with magnets to secure and accurately align it into its host product.  It has the same 33×0.7mm threads and filter retaining rings that we use in the 32mm Optospin (OOPS, that should be the other way round!), and as with its smaller brother the filters are angled by a few degrees in order to avoid “ghost” images by back reflection when used in a collimated (“infinity”) space.  It also uses the same type of sprung holder for gently securing the reflective element in place, allowing the full distortion-free performance of “ultraflat” mirrors to be achieved without fuss.  These can be up to 3mm thick, and with recommended dimensions of 48x32mm, although there is a little leeway here.

Of course, there may be circumstances where you don’t need the full aperture of a 32mm cube, but you may nevertheless want or need to use one for other reasons.  For this we can offer the reducer ring solution that is also shown in the photos.  As its name suggests, this accessory allows a 25mm filter to be installed in a 32mm opening, which can give you either the best or the worst of both worlds as you prefer!

So what has Martin specifically to do with all this?  As well as keeping an eye on our nice farm, he spends much of his time on product design nowadays, and the Optospins, diaphragms and filter cubes have all come out of his particular stable.  But the others here aren’t exactly idle on the R&D front, and without wishing to steal any of their thunder right now, their projects include something with which he has been barely associated, but of which the 32mm cube will be a key component.  Watch this space! 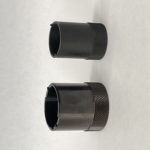 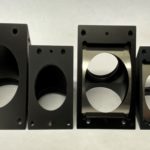 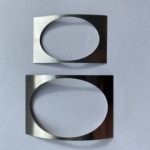 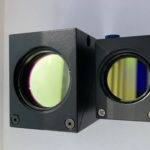 32 and 25mm cubes with fitted filters 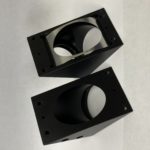 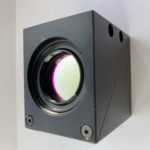 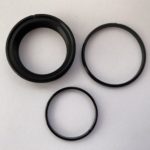 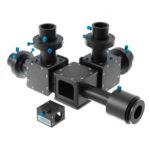