Our CEO, Jez Graham, has just returned from Barcelona where he has been teaching on the ‘ASCTN Training Research School’ hosted by University of Barcelona. Jez gave a talk encouraging the students to make use of optogenetics and genetic indicators to further understand Huntington’s, Parkinson’s and related neurological disorders.

ASCTN-Training is a four-year project, funded by the European Union Horizon 2020 Programme

ASCTN-Training is addressing existing gaps within Human Stem Cell-based Neuronal disorders (NDs) Modelling (NDM) for research to develop new medicines for the treatment of neurological disorders (e.g. Parkinson´s (PD), Huntington´s (HD) and Demyelination’s (DM) diseases), which occur as a result of acute or progressive loss of cells, glial or neuronal, and structures and function in the brain. These disorders have a high prevalence and are associated with short- and long-term impairments and disabilities with high emotional, financial and social burden to the patients, their families and their social network. NDs are mostly incurable and affect millions of people. A report from the European Brain Council (Cost of disorders of the brain in Europe 2010) calculated that 7.5 million were affected by PD, AD and other dementias. In addition to the suffering, these diseases have a gigantic economic impact calculated to be higher than 130 billion € per year in Europe alone. To decrease human suffering and reduce cost to society, new scientific 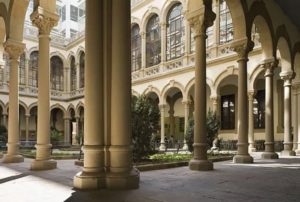 discoveries and technologies are urgently needed. To make this happen, Europe´s next generation scientists need to be trained in taking a more holistic approach to science and its role in society. An inter- and trans-disciplinary approach to scientific training is needed in which scientists from different scientific disciplines are equipped with both transferable skills and are accustomed to stepping out of their comfort zones, working together on new ideas and problem solving, with the ambition to reach new horizons in advance stem cell technologies together.