Martin drives us all up the creek!

Martin our Chairman has long been fascinated by radio, having been in short trousers during the era of the so-called “pirate” radio ships, which collectively demonstrated just how GOOD radio can be.

But he now regularly makes fun of present-day commercial stations, which, with their lobotomised presenters, restricted playlists and endless advertising for financial services that no sane individual would touch with a ten-foot battle lance, collectively demonstrate just how BAD radio can be!

So when he was invited to guest on Faversham’s community radio station a few days ago, he was far too intrigued to decline.

And thanks to the known universe being progressively converted into servers for data storage, you can now hear him for yourself – click here

But there is worse…..

He is now being encouraged to have his own regular show, and this is an option th 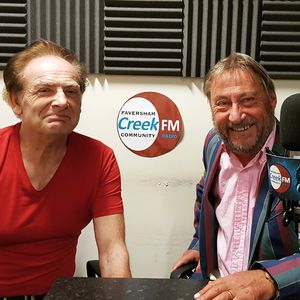 at he is quite seriously considering.

While we are of course concerned about the potential damage to public morale, it would at least get him out of our hair for a couple of hours a week, which just goes to show that nothing need be entirely bad.