Cairn are pleased to announce that we have teamed up with Microvolution to offer their real time deconvolution package as an extension to our advanced image acquisition systems to enable on the fly image deconvolution.

Why should you consider deconvolution?
– Deconvolution reallocates the photon signal in your images to remove the effects of scattered light, thus enhancing the signal:noise in your fluorescence image data.
– Whether you are looking for discrete structures within the field of view or measuring a change in signal amplitude at a precise location, small events that are hidden in the noise floor of your fluorescence signal can be unmasked by the noise reduction and signal restoration achieved by deconvolution.
– So you have plenty of signal? In this case deconvolution will allow you to reduce the damaging light load delivered to your sample. With deconvolution we can reduce the light intensity to the lowest practical levels, thus protecting the sample and extending the achievable imaging duration. 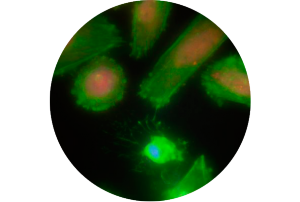 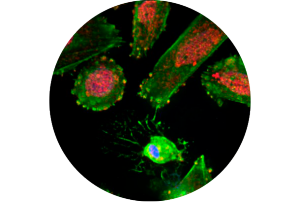 Why Microvolution for your deconvolution requirements?
– To achieve these benefits from deconvolution we need to know that the light levels are optimally set during our image acquisition. Microvolution is the only deconvolution package available that can operate on the data flow in real time to allow light levels to be set on the fly.
– Low light imaging with deconvolution requires real-time analysis of the image to reveal events that may dictate the direction an experiment may take, or even whether it is of value to progress with the experiment. The GPU optimisation in Microvolution enables analysis of data sets up to 200x faster than other packages, so analysis processes that previously took several minutes can now be completed in under a second.
– Deconvolution can introduce artefacts into images where shortcuts and apriori assumptions are made about the image. Microvolution does not take shortcuts, so the resultant image is an accurate representation of the data.
– Routine multi-wavelength, multi-plane imaging can result in very large datasets that are difficult to process using other packages. Microvolution’s options for image tiling and use of multiple GPU boards enables analysis sequences to be completed in minutes where they were previously left to run overnight as the processing time was measured in hours.
– Available as an ImageJ drop-in for analysis or an acquisition module for MetaMorph and MicroManager

Cairn are pleased to announce here a special deal for customers with an active MetaMorph service agreement.
The usual price for the Microvolution with the MetaMorph connector is £12,250
For a limited period we will be able to offer them for the combined price of £9,995

If you are interested in Microvolution and how it can be used to improve the quality of your data to help make best use of your experimental time then please contact us for further information and a demo.

MetaMorph Updates
If your MetaMorph package has not been updated for a while there are likely other advances that you are missing out on that could be enabled for the cost of the annual update fee. MetaMorph is now on version 7.8.13, and features the following key improvements over the last 12 months:
– Application support has been extended to allow 3D deconvolution using Microvolution
– Multi-dimensional acquisition interface has been further refined to allow image review during acquisition
– Super-resolution module has been refined and updated
– Support for multiple instance of National Instruments boards added
– Support for CREST VCS for super-resolution added.
– Camera drivers updated for cameras from Princeton, PCO, Andor, Hamamatsu & Point Grey

MetaMorph
If you have several licences then the updates become even better value. Please contact us for further details.